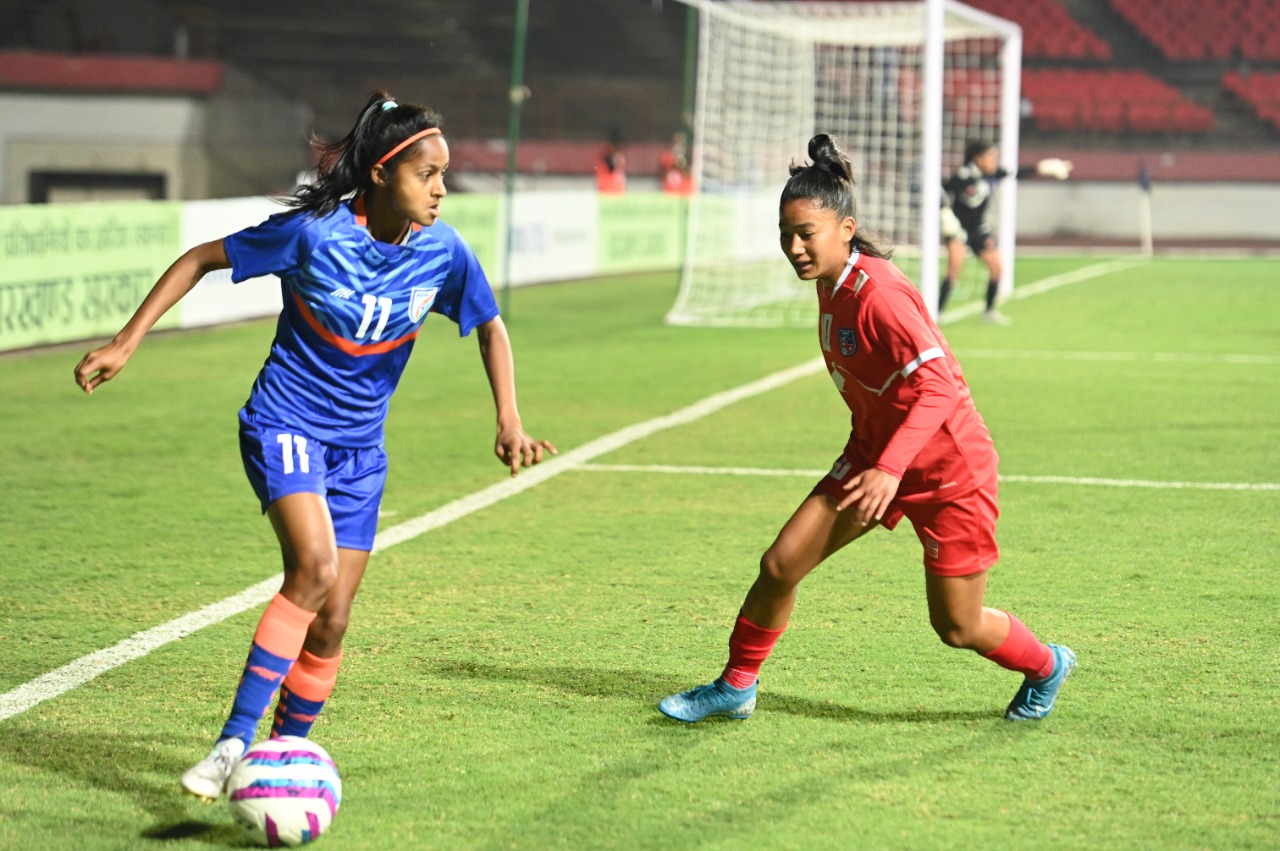 India routed Nepal 7-0 to make a winning start in the SAFF U-18 Women's Championship 2022 taking place at the JRD Complex in Jamsedhpur, on Tuesday.

In a one-sided encounter that saw India in complete dominance, India got three of their goals in first half. Lyanda Kom Serato scored a brace in the 17th and 35th minutes after Priyanka Sujeesh Pottekkat opened the scoring for India in the 15th minute.

In the second half Apurna Narzary, Purnima Kumari, Sunita Munda and Nitu Linda all were on the mark for India scoring in the 69th, 77th, 87th and 90+6 minutes respectively.

After the match, India coach Thomas Dennerby said: "Definitely I am very happy with the win today. In the first ten minutes of either half we were pretty slow but for the rest of the 70 minutes we played really well. Before the match, we talked about using the pace of the wingers and we scored a lot of goals that way. I am happy that the players followed the game plan.

"If you look at the goals, we scored beautiful goals especially the third goal. What I like the most was the combination on the wings."

Nepal coach Darshan Bhakta Raj said that his team could not perform as expected and the change in the field also added to their woes. "We are used to playing in artificial turf but the playing surface was totally different. India team created a lot of chances from the flanks and converted them," added Darshan.