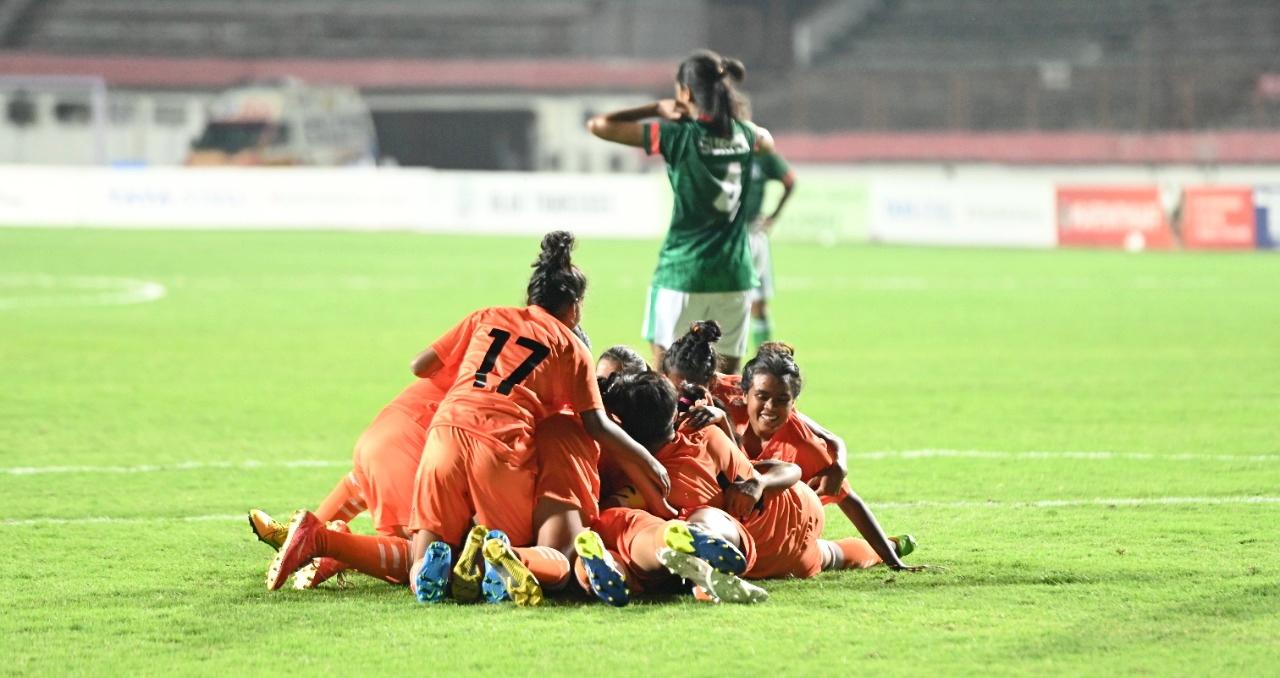 India struggle to get past Bangladesh

India registered their second win in the ongoing SAFF U-18 Women's Championship 2022 defeating Bangladesh 1-0 at JRD Tata Complex on Saturday.

With the win, India moved atop the standing with six points from two matches, while Bangladesh are second with three points.

Nitu Linda scored the decisive goal for India in the 63rd minute capitalizing on a defensive blunder by Bangladesh keeper Rupna Chakma, who had failed to clear Ritu Devi's cross delivered inside the box. Upon receiving the ball, Linda made no mistake from close range.

In the game that was marked by missed chances from both sides, the best chance for India came in the 23rd minute when Anita Kumari's solo effort whisked past the post. Bangladesh saw captain Shamsunnahar's header denied by the keeper few moments later.

Anita Kumari was again in the midst of action in the 43rd minute, and this time she saw her effort cruelly denied by the cross bar. Bangladesh also had their share of misfortune as Sapna Rani hit the woodwork from a free kick in the 72nd minute. Nitu Linda, who had come as a substitute in the 46th minute replacing Priyanka Sujeesh, could have doubled the lead for India in the first minute of injury time but again the woodwork stood as a hurdle.

Commenting on the match, India coach Thomas Dennerby said he was happy with the result as it gave his team a good position in the standings. " I am always honest. Our first half was not good today as we looked very nervous playing too many long straight balls easy for Bangladesh to defend. Anyway, we created the best chance in the first half and there was one good save from the goalkeeper. But the second half was much better, the first 25 minutes were really good. The most important thing is we won the game," added Dennerby.

Bangladesh coach Golam Robbani Choton said he was impressed by his team's effort. " I would like to thank my girls, they played a fantastic game. The girls played a high intensity game and stuck to our plan. The good thing is that we played against Nepal 30 hours before this match, so the girls have recovered well. Overall, I am really with the girls," he added.