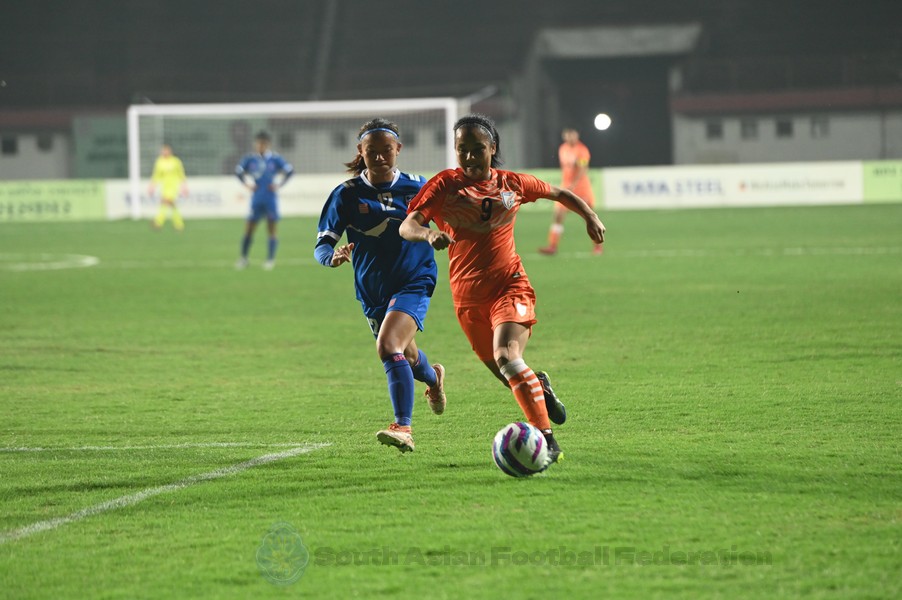 Lynda Kom Serto scored a hat-trick as India routed Nepal 5-1 on the fourth day of the SAFF U-18 Women's Championship being held at the JRD Tata Complex, on Monday.

Serto registered herself as the first person to the bag the feat in this edition of the competition. India soared high with nine points from three matches following the win and need another win from their encounter against Bangladesh to lift the trophy.

Nepal, meanwhile, languish at the bottom of the table with no points to their credit, while Bangladesh are at second with three points from two matches.

It was another easy encounter for India against the Nepali side who came to the match conceding 11 goals in two matches. Nepal coach Darshan Bhakta Raj, on his arrival at the stadium, had reiterated that lack of coordination between his defense line and goalkeeper had been the reason for the heavy defeats in the last two matches and they were looking to resolve the issue in today's match. But the same problem persisted as India took the lead in the 16th minute through skipper Shilkhy Devi Heman who headed in a cross by Nitu Lynda delivered from a corner.

It was Serto's turn to shine following Hemam's breakthrough for India. Serato scored the second for India in the 23rd minute while her second and third goals came in the 38th and 61st minutes respectively. The other scorer for India was Anita Kumari who got in the score sheet in the 55th minute.

Sadipa Bholan got a consolation goal for Nepal in the 79th minute.