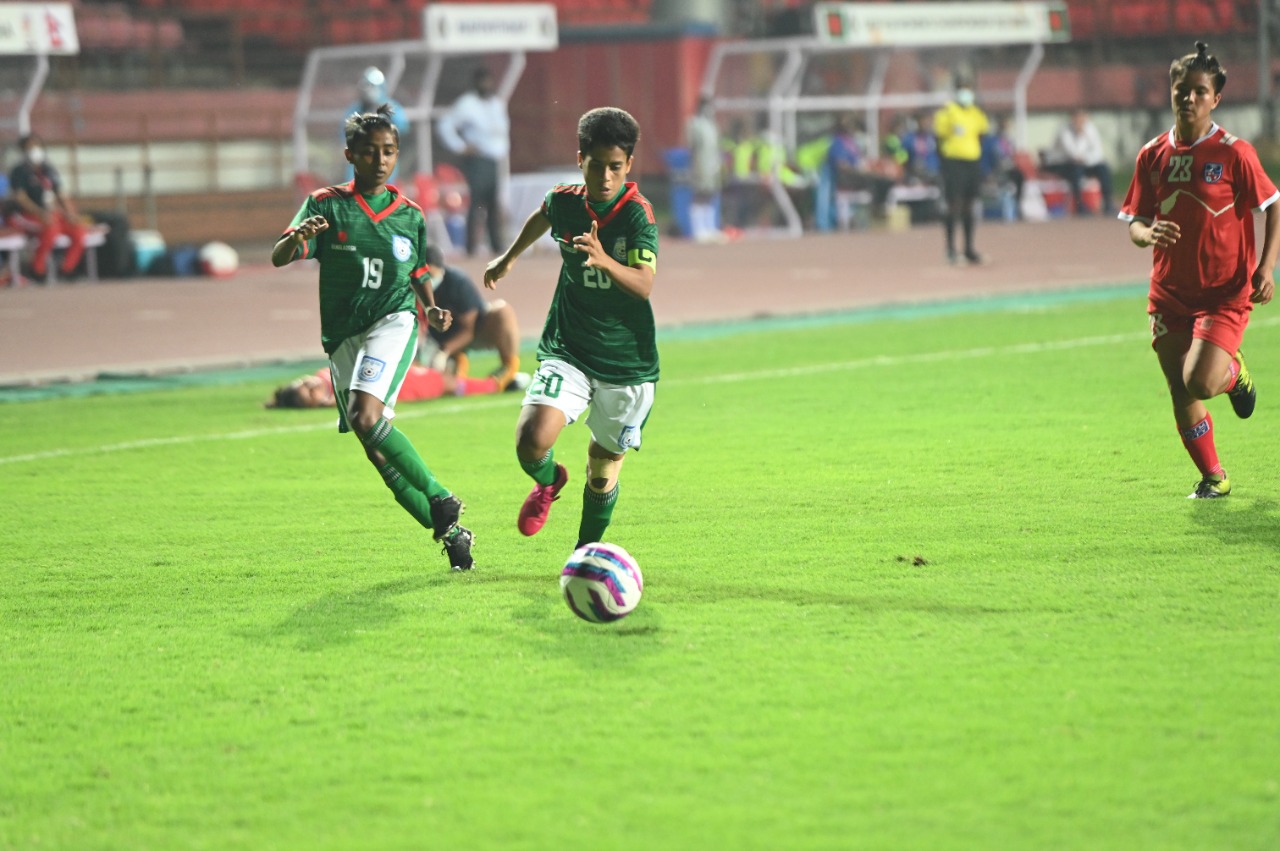 Bangladesh come from behind to defeat Nepal

Defending champion Bangladesh stayed in contention for the SAFF U-18 Women's Championship 2022 title following their 2-1 win over Nepal at the JRD Tata Complex on Wednesday.

The win put Bangladesh on six points from three matches and can retain their title if they manage to defeat India by at least two goals in their last encounter on Friday. Nepal, meanwhile, ended their campaign without a single point to their credit.

Nepal came into the match desperate for their first win in the competition, and they made their intentions clear when they bagged an early lead in the fourth minute through Amisha Karki who rounded past Bangladesh keeper Rupna Chakma in a one-on-one situation.

Bangladesh stepped in their attack, trying hard for an equalizer but all had gone in vain until the 68th minute when skipper Shamsunnahar headed home Sapna Rani's well taken corner. The winning goal for Bangladesh came from Shahada Akter Ripa in the 83rd minute.

Commenting on the match, Nepal coach Darshan Bhakta Raj said, " We had come to the match with a winning mentality and we were on course to achieving that as well but things did not go out as planned. I am happy with the way the team has showed progress in each match they played. I am sure with enough exposure this team will do very well in the coming days."

Bangladesh coach Golam Robbani Choton said, " It was an important match for us. The girls gave their best and earned the result. We fell behind in the first but in the second half we made some changes in our formation brining in players suitable for that setup. It worked well."