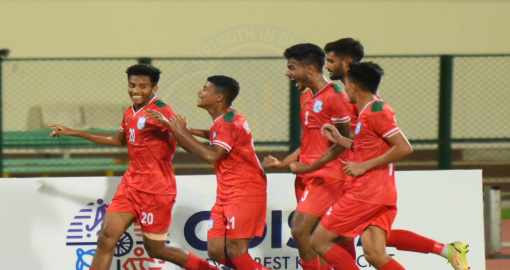 Bangladesh maintained their winning run in the SAFF U20 Championship, while India bagged their win of the competition in the matches played at the Kalinga Stadium on Friday.

Bangladesh moved ahead in the points table with nine points, followed by Nepal with six points. India are third on three points.

Mirajul Islam scored the first hat-trick of the tournament in the handing Bangladesh a comprehensive win over Maldives. Islam scored 19th, 22th and 42nd minutes while the other scorer for Bangladesh was MD Rafiqul Islam in the 42nd minute. Maldives also had a positive moment to take away from the match as Zain Zafar gave Maldives their first goal of the tournament in the 53rd minute.