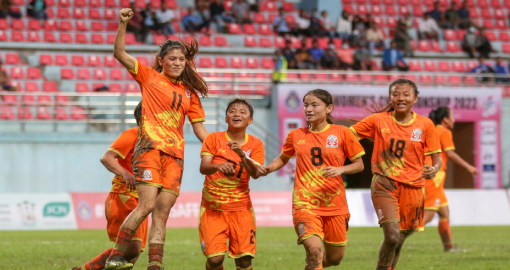 The 5-0 victory means it is the first win for Bhutan in SAFF Women's competition, first clean sheet and first time the team scored more than one goal in a single match in the regional competition.

Bhutan's best ever result in the SAFF Championship was a 1-1 draw against Sri Lanka in the 2010 SAFF Women's Championship.

The result means Bhutan now have one foot in the semi-final of the tournament. A victory for Nepal against Sri Lanka in their final group match on September 12 would send Bhutan into the semis for the first time of the tournament.

Sri Lanka, meanwhile, are on the verge of crashing out of the tournament and would need a miracle against Nepal to progress.