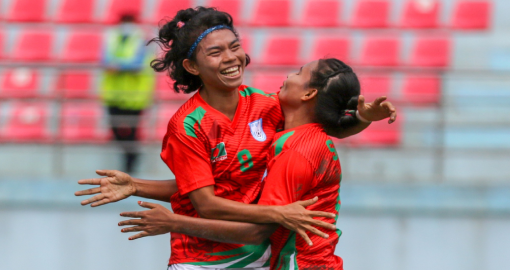 Skipper Sabina Khatun scored a hat-trick for Bangladesh and Monika Chakma, Mosammat Sirat Jahan Shopna, and Ritu Porna Chakma scored one each in the big win. Monika opened the scoring in just the third minute before Shopna doubled in the 28th. Three minutes later Khatun scored her first and added another in the 35th minute.

Bangladesh had defeated Maldives 3-0 in their opening match while it was second consecutive defeat for Pakistan having lost to India by 3-0.