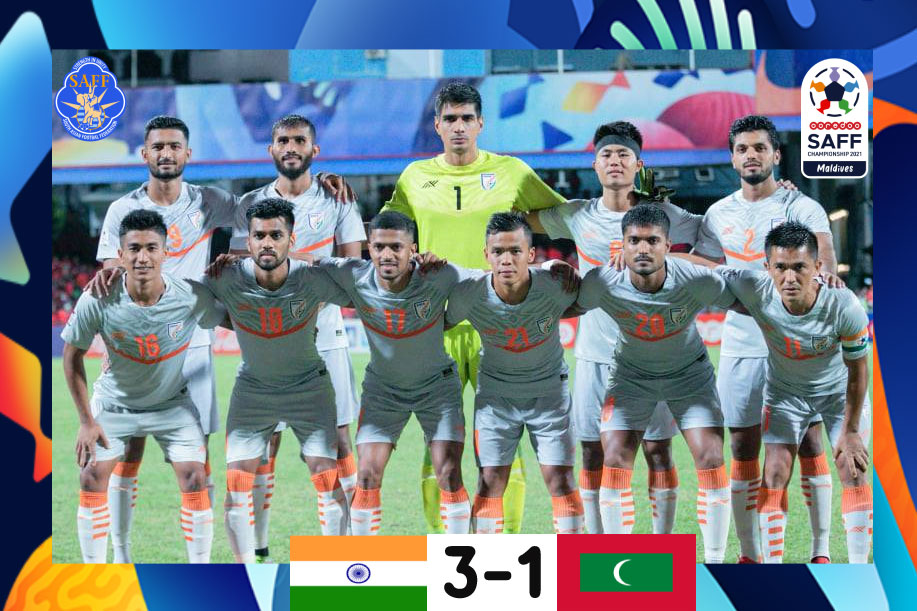 Seven-time champion India, the most successful team in the history of the championship, finished the group standing with eight points from four matches. Nepal, who had managed to snatch a point against Bangladesh, finished second with seven points.

India started off in an aggressive manner putting all their men forward and got their reward in the 33rd minute through Manvir Singh. Sunill Chhetri scored a brace in the second half with the goals coming in the 62nd and 71st minute.

Maldives pulled once back from a penalty on the stroke of half time through Ali Ashfaq who took his individual goal tally in the overall championship to 23 goals.