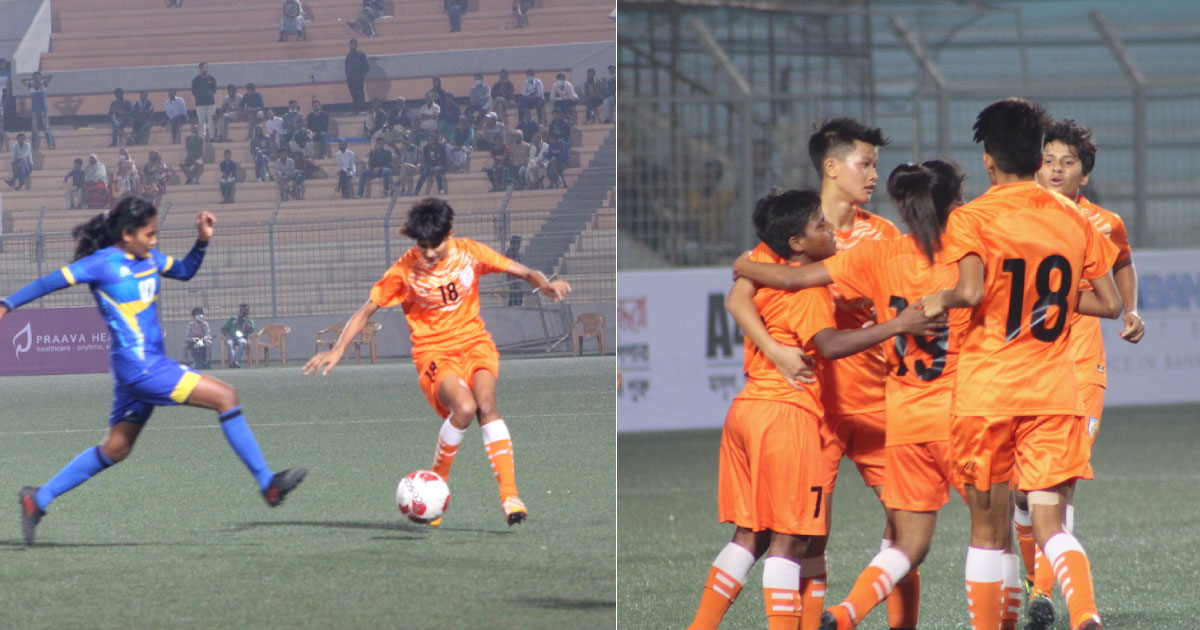 India opened their SAFF U-19 Women’s Championship campaign with a comfortable 5-0 win over Sri Lanka in the match played at the Bir Sherestha Shaheed Shipani Mostafa Kamal Stadium.

The dominance of India was such that they registered three goals inside nine minutes with Santosh getting the first goal in the second minute itself. Karen Estrocio doubled the margin in the fifth minute while the third one came from Nitu Linda in the ninth minute.

Linda was in action again getting her second and the fourth goal of the team in the 41st minute.

In what looked to be a goal fest in the second half, India charged ahead aggressively but took some time to get on the mark. Substitute P. Devi Naorem sealed the one-sided win for India scoring in the 82nd minute.

With the win, India have three points and will face Bhutan in their second match on 15 December.

Sri Lanka, meanwhile, are bottom of the table with no points to their credit. They face Nepal and Bangladesh on 15th and 19th December respectively.

After the match India coach Ambrose Alex reiterated his stance on giving opportunity to all the players in the squad irrespective of the outcome.

" Like I have said earlier, I care less for the result. I want to give all my players an opportunity to grow and that is what I have done today as well. We got three goals in the starting ten minutes of the match and took control of the game entirely. We still have three matches to go and we shall improve every day," he added.

Likewise, Sri Lanka coach Sirisena Majula Chaminda said that this team had very less time to prepare for the competition due to the restrictions imposed by the government to control the spread of COVID-19.