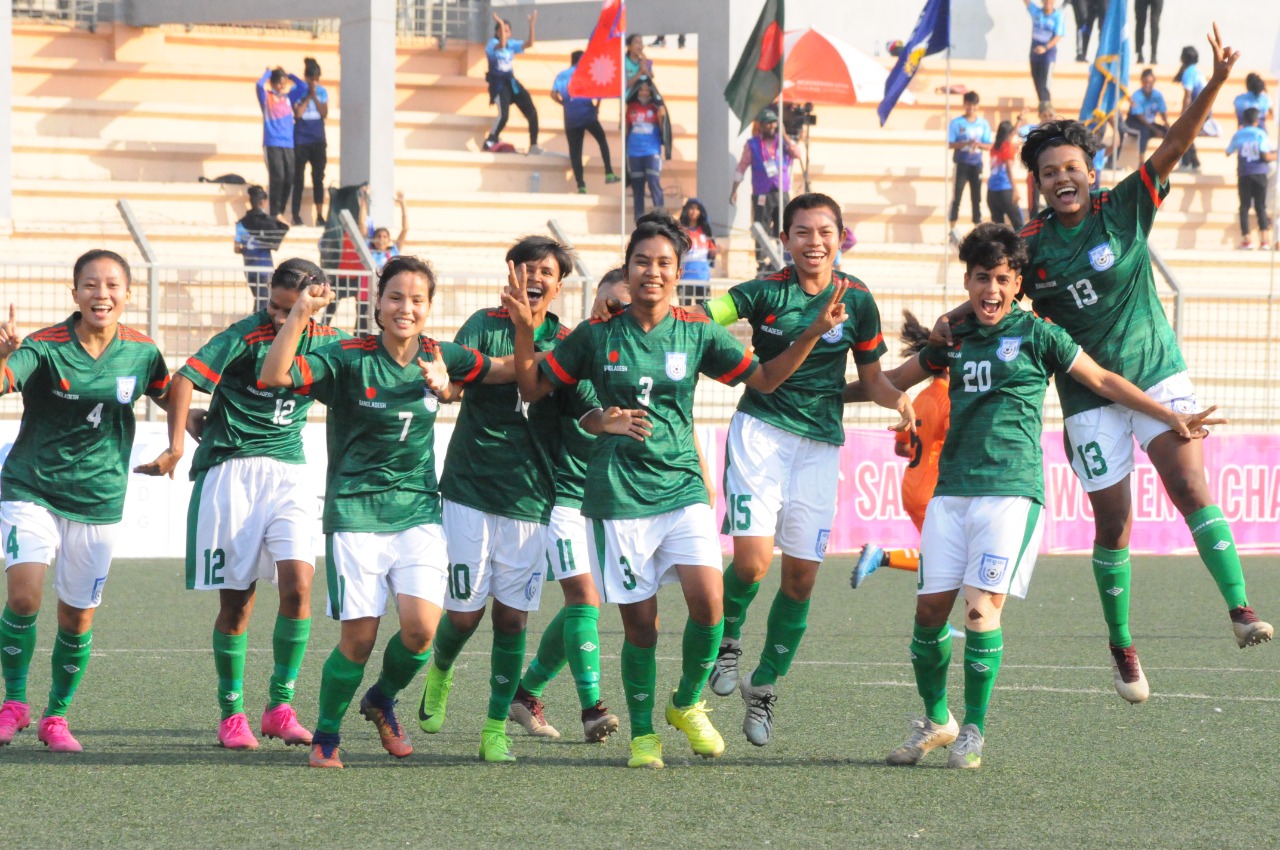 Bangladesh defeated India 1-0 to strengthen their chances of reaching the finals of the SAFF U-19 Women's Championship being held at the Bir Sherestha Shipahi Mostafa Kamal Sadium.

The only goal of the match came from Shamsunnahar S in the seventh minute from a penalty. The penalty was awarded after Kritina Devi Thounao Jam fouled Tohura Khatum inside the penalty box.

With the win, Bangladesh lead the table with seven points from two wins and one draw.

" It was a tough match today and we deserved the three points. We hope to maintain this momentum," said Bangaldesh coach Robbani Choton Golam.

Likewise, India coach Ambrose Alex said: " We played all attacking today because we wanted to have three points but could not succeed."