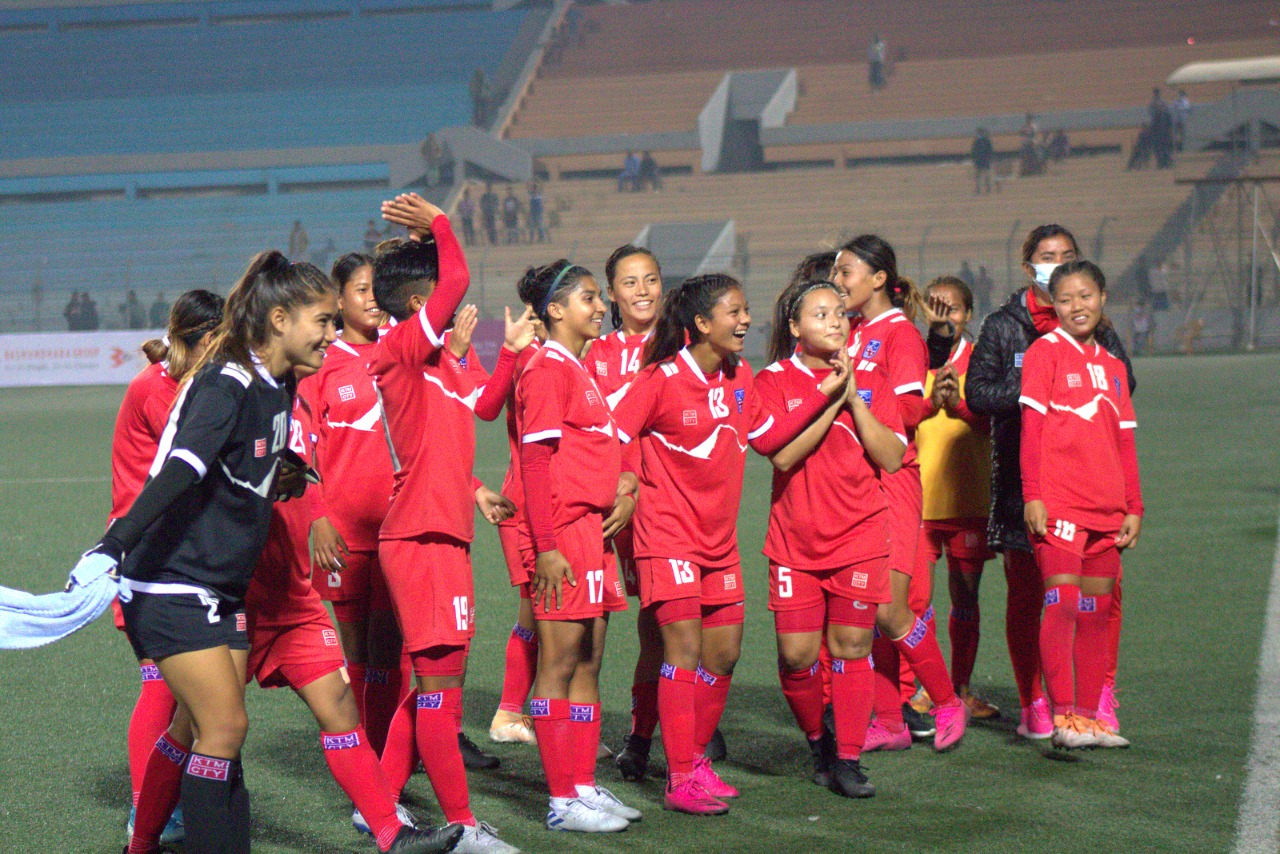 Nepal stepped closer to the finals of the SAFF U-19 Women's Championship following their comfortable 4-0 defeat against Bhutan at the the Bir Sherestha Shipahi Mostafa Kamal Sadium.

With the win, Nepal have seven points from three matches and lead the table on goal difference against Bangladesh. Nepal have scored ten goals whereas Bangladesh have seven goal to their credit.

Nepal got an early goal in the second minute from Menuka Ale Magar who was scorer of the last goal as well for Nepal in the 72nd minute. Kusum Khatiwada (18') and Rajani Thokar (21') were the other scorers for Nepal.

Nepal coach Hari Om Shrestha said that the early goal helped his team to set their pace in the match.

" Our next match against India is the decider but we will go through even if we manage a draw," he added.