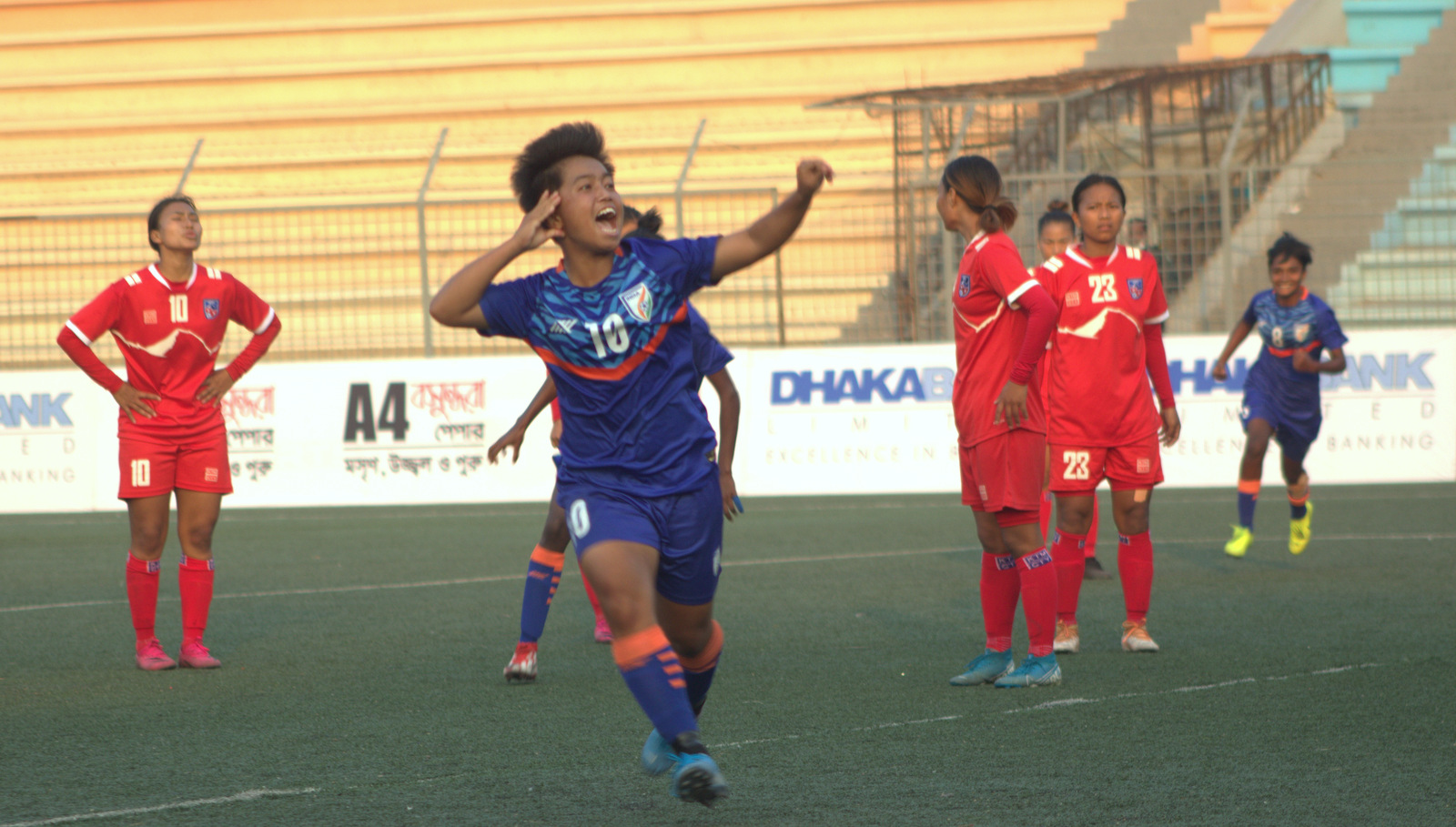 India advanced to the finals of the SAFF U-19 Women's Championship following a hard fought 1-0 win over Nepal at the BSSM Kamal Stadium on Sunday.

The winning goal for India came from P. Devi Naorem in the 67th minute. With the win, India finished the group matches with nine points from four matches, while Nepal finished with seven points.

Nepal came into the match needing just a draw to secure their spot in the finals, and looked destined to achieve the target till the end of the first half where they dominated play and kept India at bay. However, the second half saw them play defensively giving space for India to attack. The Indian attack materialized in 67th minute when Santosh delivered a cross from the left to find Naorem unmarked inside the box who made no mistake.

After the match, Nepal team coach Hari Om Shrestha said," We just needed a draw but our game plan was to play attacking football. In the first half, it went as planned but the second half, I don’t know, why the players themselves started to defend and it cost us dearly. Also, we had three of our first choice players in the bench."

India coach Alex Ambrose said," We wanted to attack from the middle because we knew Nepal had good players in the flanks and they were good in aerial balls. My players took some time to implement the new style of play. This was the reason the goal took some to come."