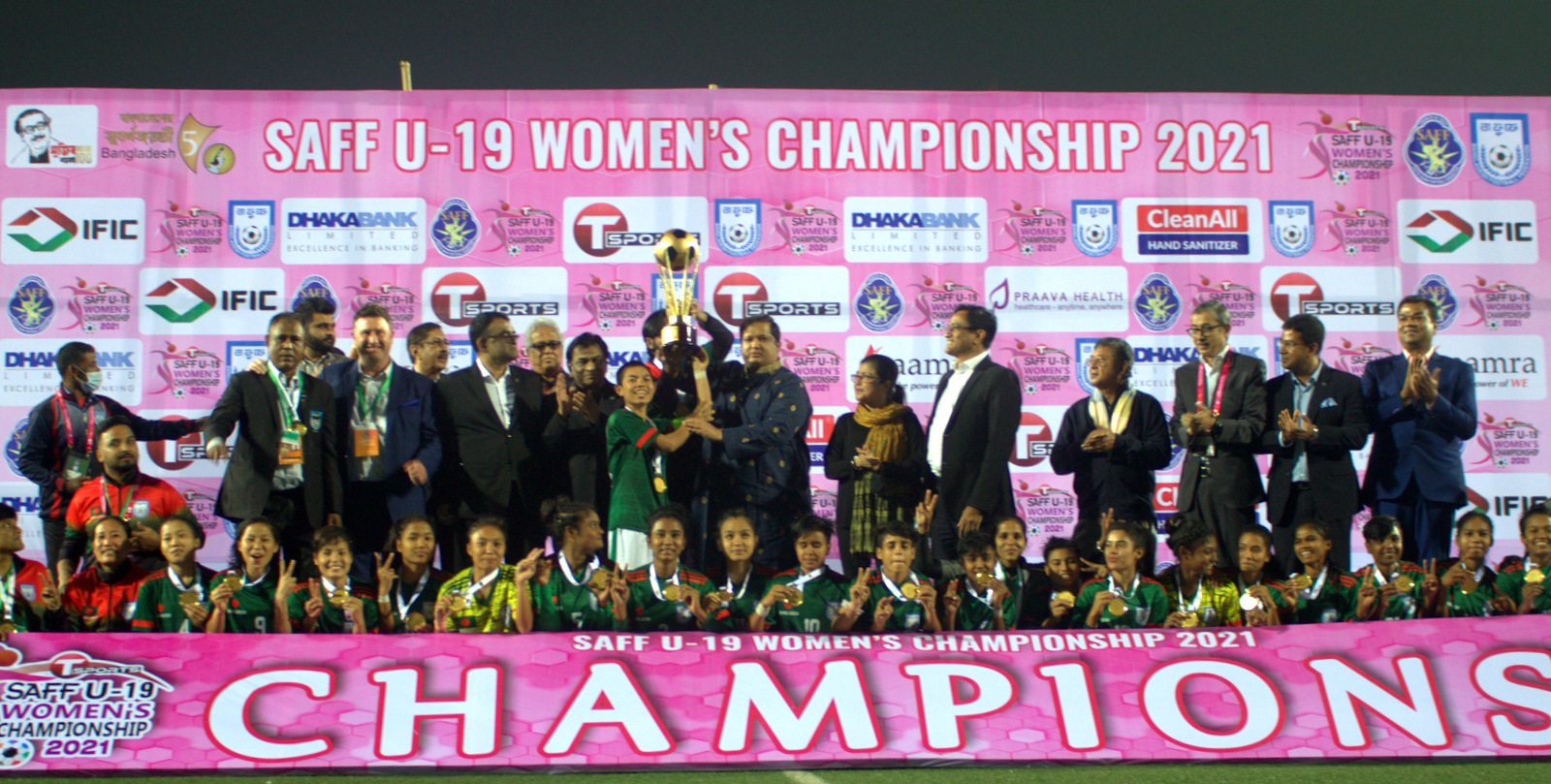 Bangladesh won the title of the SAFF U-19 Women's Championship defeating India 1-0 in the final played at the BSSM Kamal Stadium on Wednesday.

Anai Mogini scored the only goal of the match in the 80th minute from a long ranger to settle the otherwise tensed match that looked to go into the tie breakers.

With a partisan and vocal crowd backing up the home team, Bangladesh dominated the play from the very start and almost got themselves in the front foot in the 14th minute when Tohura Khatun's effort from close range beat the keeper but failed to cross the goal line.

Bangladesh kept pressing whereas India stood their ground foiling the attacks one after the other. Finally in the 80th minute, Mogini gave joy to the home crowd sinking her effort under Indian keeper Anshika.

Commenting after the match, India coach Alex Ambrose said," It is not easy to play the host in the finals. We had few injuries to the key players and that was the bothering part for us. It feels very good to be finally playing a tournament after the pandemic. It means a lot to my girls as some of them have suffered a great deal in the pandemic. It has given all of us so much joy to be travelling and playing."

Bangladesh coach Golam Rabanni Choton said everything went as planned and he was happy with the way his girls performed in the finals.

" We have been waiting for this title for a long time. Even in the pandemic we had been holding zoom meetings with the players and official to keep them occupied. Finally when the travel restrictions were over, we got together and trained what we had " added Choton.

Meanwhile, Nepal team were awarded with the Fair Play, while Bangladesh's Shahada Akter Ripa took honors for the Most Valuable Player and the highest scorer with five goals.