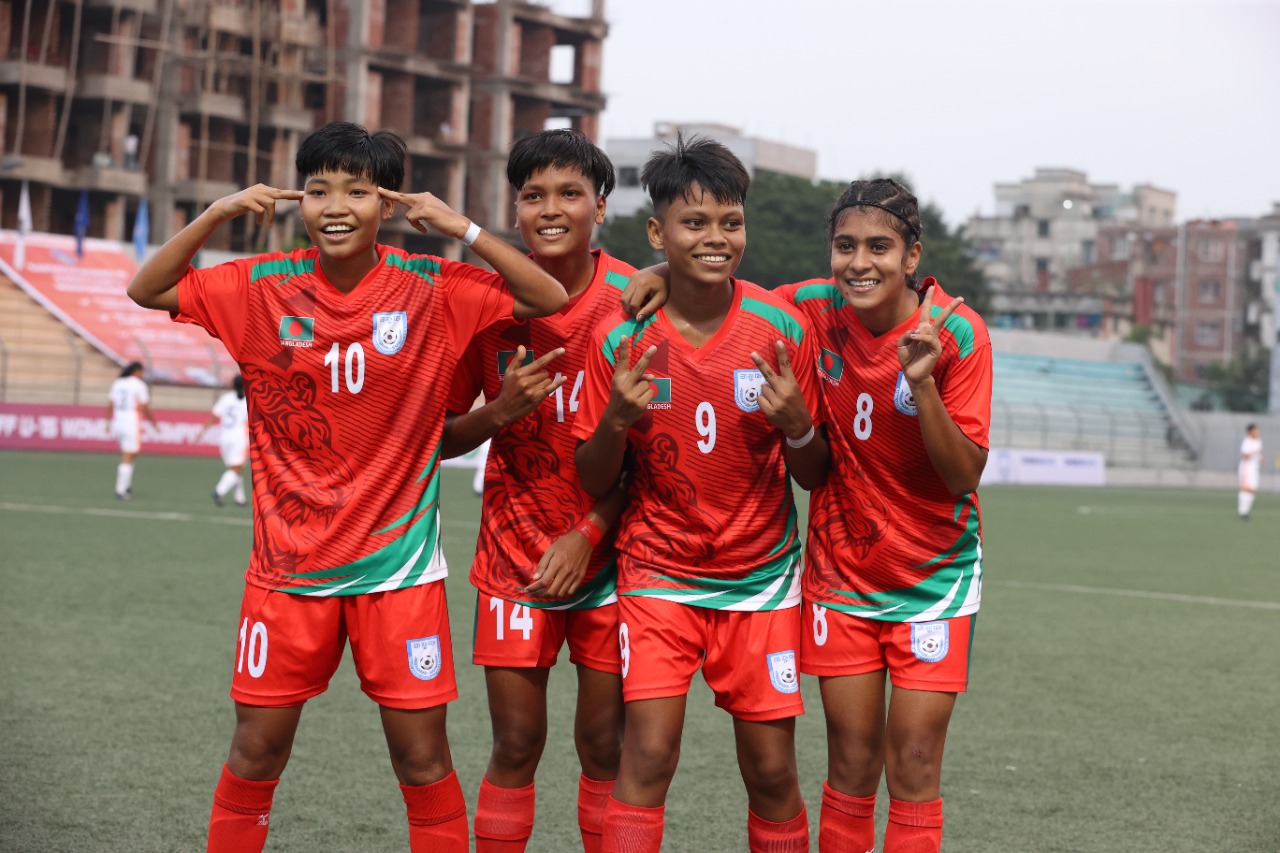 Bangladesh start with a win

Bangladesh opened their SAFF U15 Women’s Championship 2022 campaign with an easy win over Bhutan defeating them 8-0.

In the match held at the Bir Sherestha Shaheed Shipahi Stadium in Dhaka on Tuesday, Sauravi Akanda Prity scored a hat-trick in the win for Bangladesh with goals coming in 68th, 73rd and 90+2 minutes.

Bangladesh opened their scoring as early as in the 7th minute of the match through Umehla Marma who was again in the scoresheet in the 76th minute, scoring the seventh goal for Bangladesh.

Thuinuye Marma scored for the host in the 21st minute, while MST Joynob Bini Rita and Kanoni Rani Bahadur got themselves in the scoresheet in the 28th and 50th minutes respectively.

Bangladesh will face Nepal in their second match on 5 November.

A total of three teams are competing in the tournament that is being played in a double league format. The team with the highest number of points at the end of the league will be considered the winner.