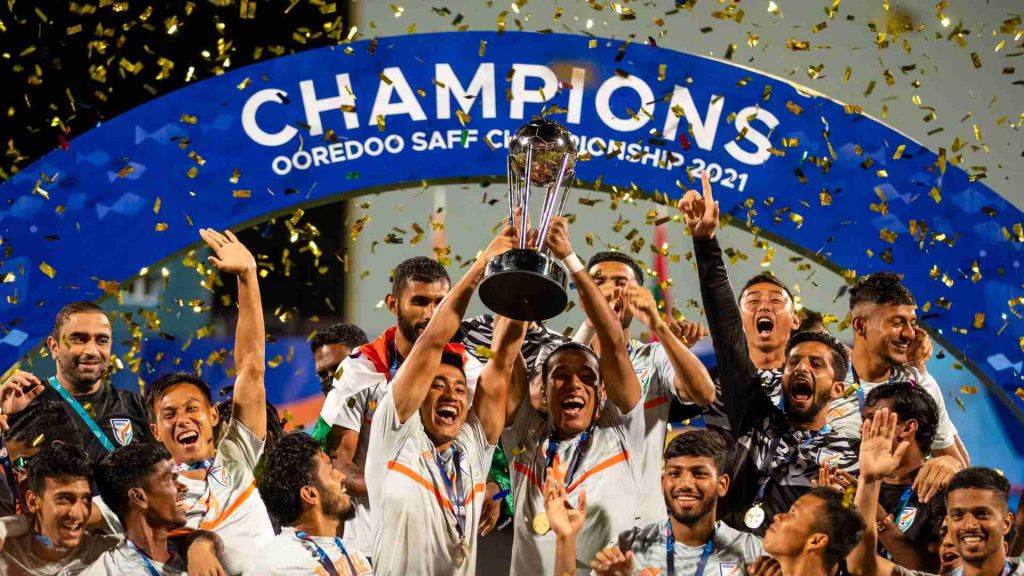 A goal-less first half brightened up after the interval as India put up a dominant performance against Nepal who had appeared in their first final ever of the championship. Two goals inside a minute gave India total control of the game that otherwise looked to either side.

Sunil Chhetri opened the scoring for India in the 49th minute through a header inside the penalty box and Wangjam quickly added the second one for India in the 50th minute. India sealed the one-sided win in the first minute of injury time (90+1) through Samad who dribbled past three defenders before beating keeper Kiran Kumar Limbu from close range.

Skipper Chhetri took individual honors for highest scorer with five goals, most valuable player of the tournament and the man-of-the-match.

With the five goal in the tournament, Chhetri took his international goal tally to 80 goals.